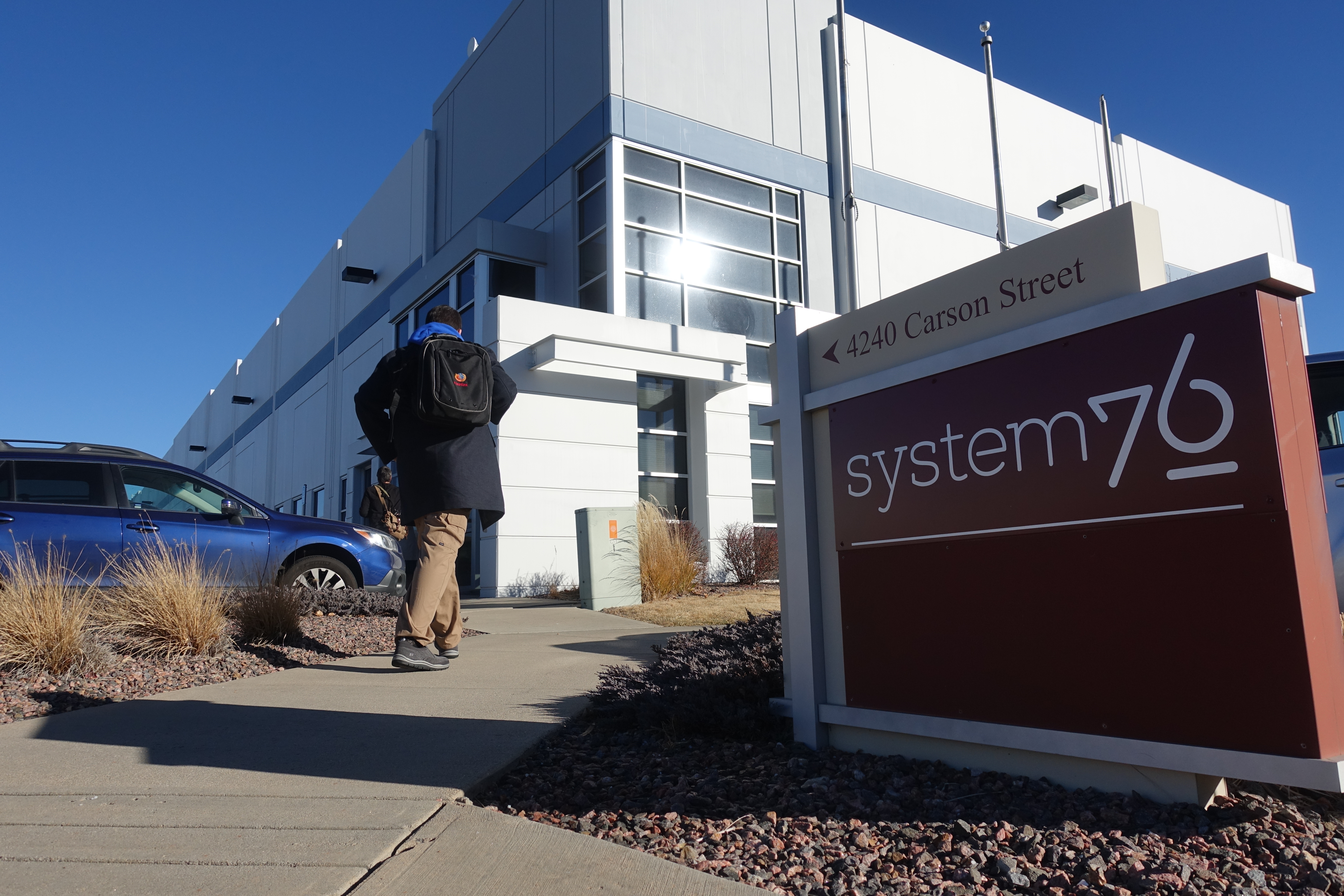 Thelio is a big deal.

It's not just a good looking PC, it's the next stage of life for a dedicated Linux PC vendor. One that's been totally financed by the sale of computers running Linux.

To be clear, I was darn skeptical of their ambitious plan. Loveable hipsters they may be, but System76 planned to build out a factory, learn how to operate industrial gear AND manage a component supply chain on this new scale. Seemed like an impossible task to me.

But Carl and his team proved me wrong. Granted they're not out of the learning curve quite yet (so set your expectations accordingly) but what I saw turned my skepticism on its head. They're further along in a few short months than I thought they'd be in a year. 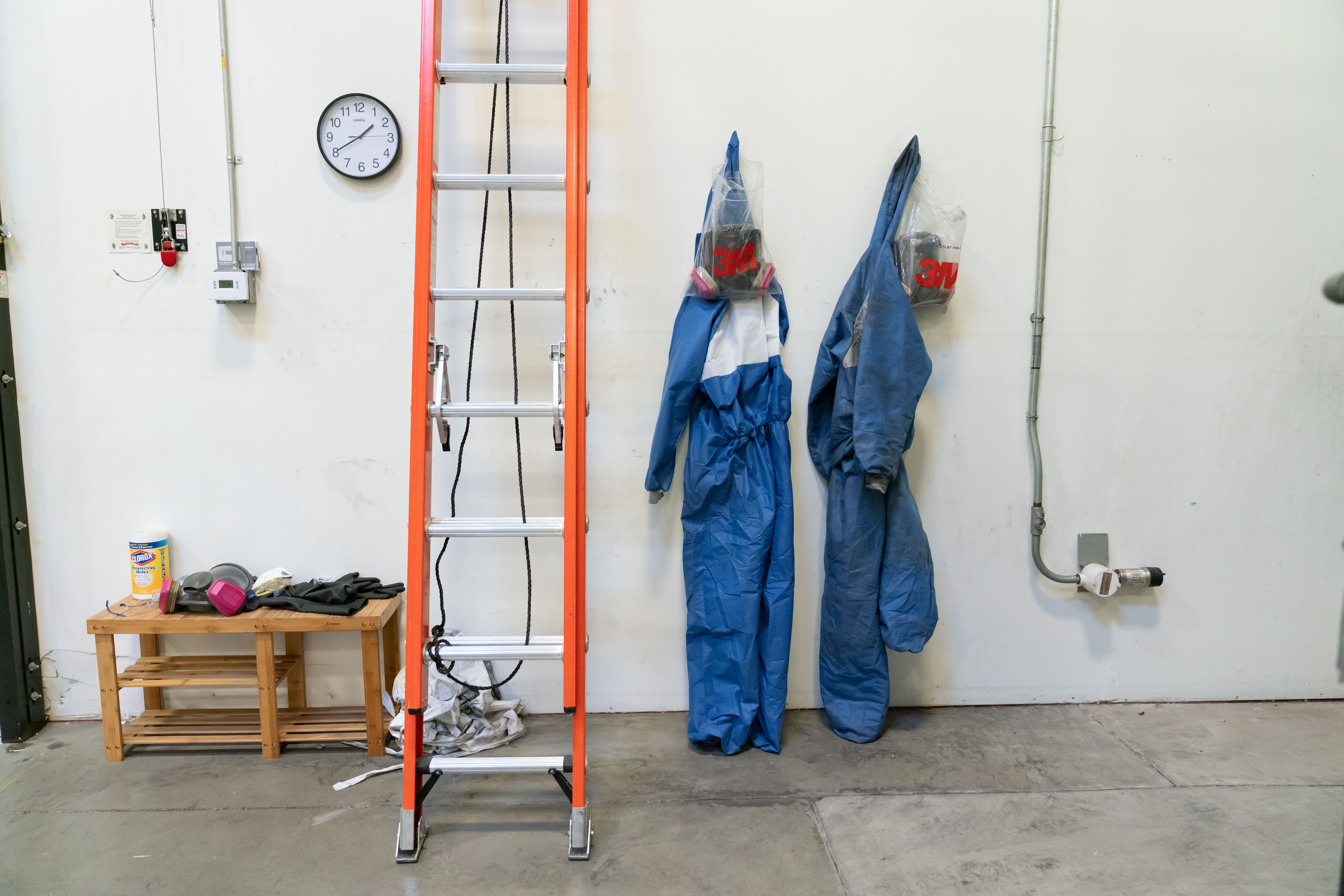 And, lo and behold, the day we were visiting, just happened to be the day a stack of new Thelio systems shipped.

Despite their mad rush to get their factory online and start building Thelio, attention to detail hadn't been neglected. When our tour took a break, I observed System76's CEO Carl Richell checking in on each system that was currently being built. I asked him later, and he told me he's had his hands on every single machine in the first batch that's gone out. Guiding his staff along the way on the finer points of the build. 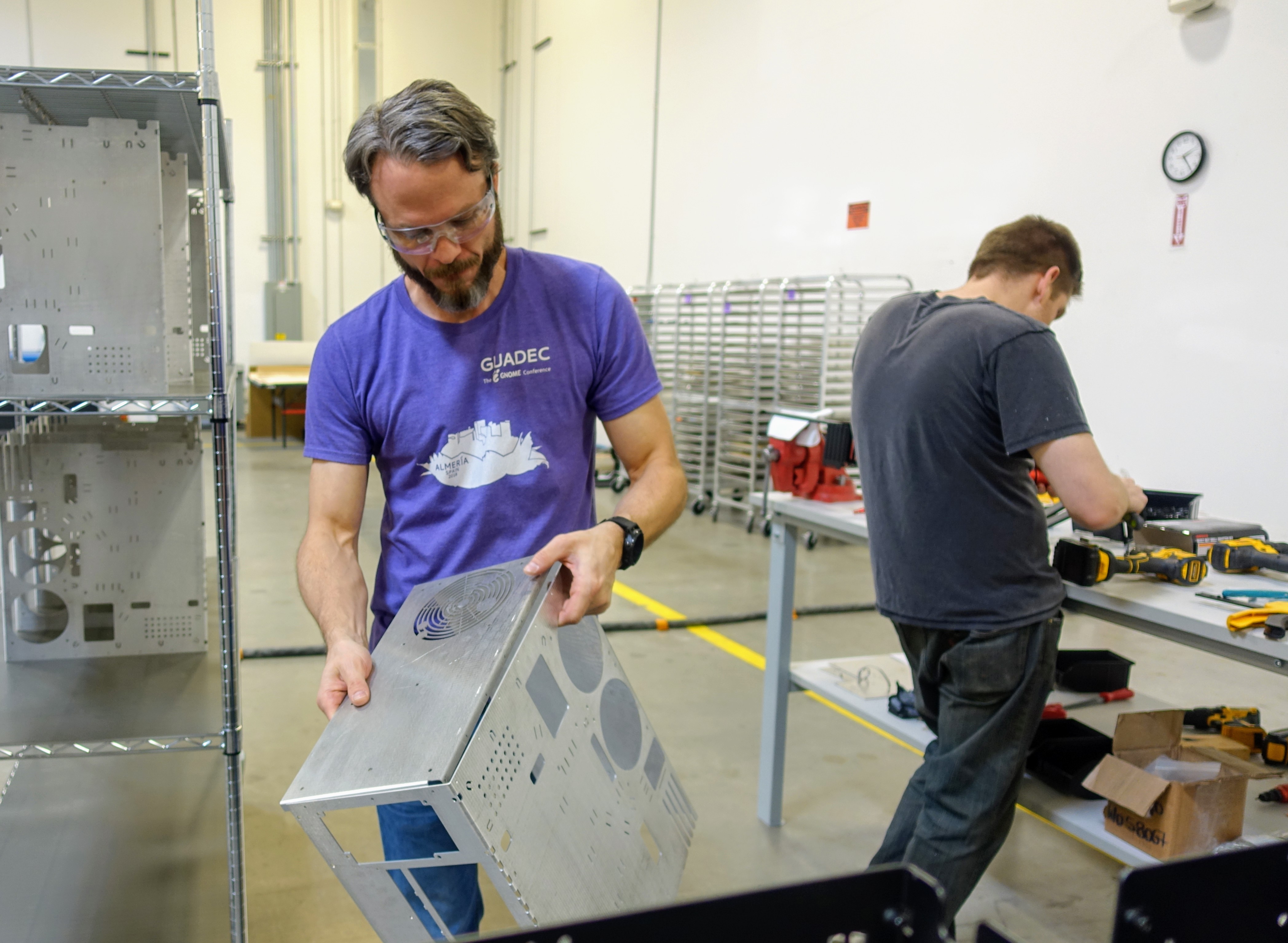 About mid-way through my tour the underlying reason they were putting so much effort into this desktop PC clicked for me. It was more than just a new line of PC desktops. It was a roadmap for System76's future. It represents their audacity to take PC building in-house, it's a platform that will serve them for the next decade, and it's their ultimate teacher. Taking them on the path of learning the hard way, and it's created a common cause, a bigger project than any singular employee could tackle, pushing them to all rise to the challenge together. 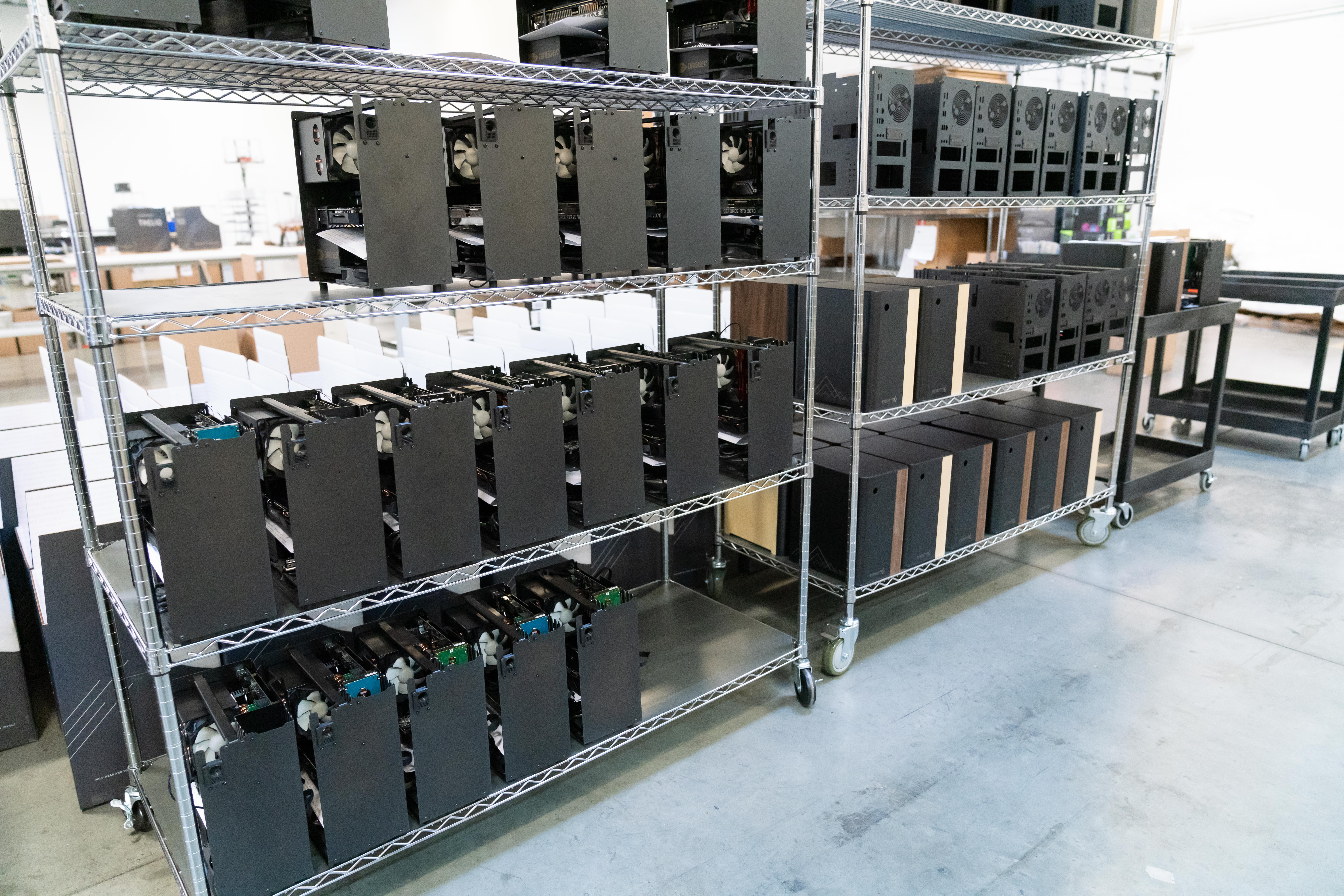 The actual Thelio hardware is quite impressive itself. They're using parts and processes any geek would be proud to say went into their PC. The physical size of the standard unit is smaller than it looks in its marketing shots, and the noise under full load is barely noticeable. It's no exaggeration to say it's the most well built PC I've ever laid eyes and hands on.

Thelio clearly reflects many lessons System76 has learned over the years and finally being able to fully implement those lessons is a bit like taking the leash off a dog that wants to run around and play. 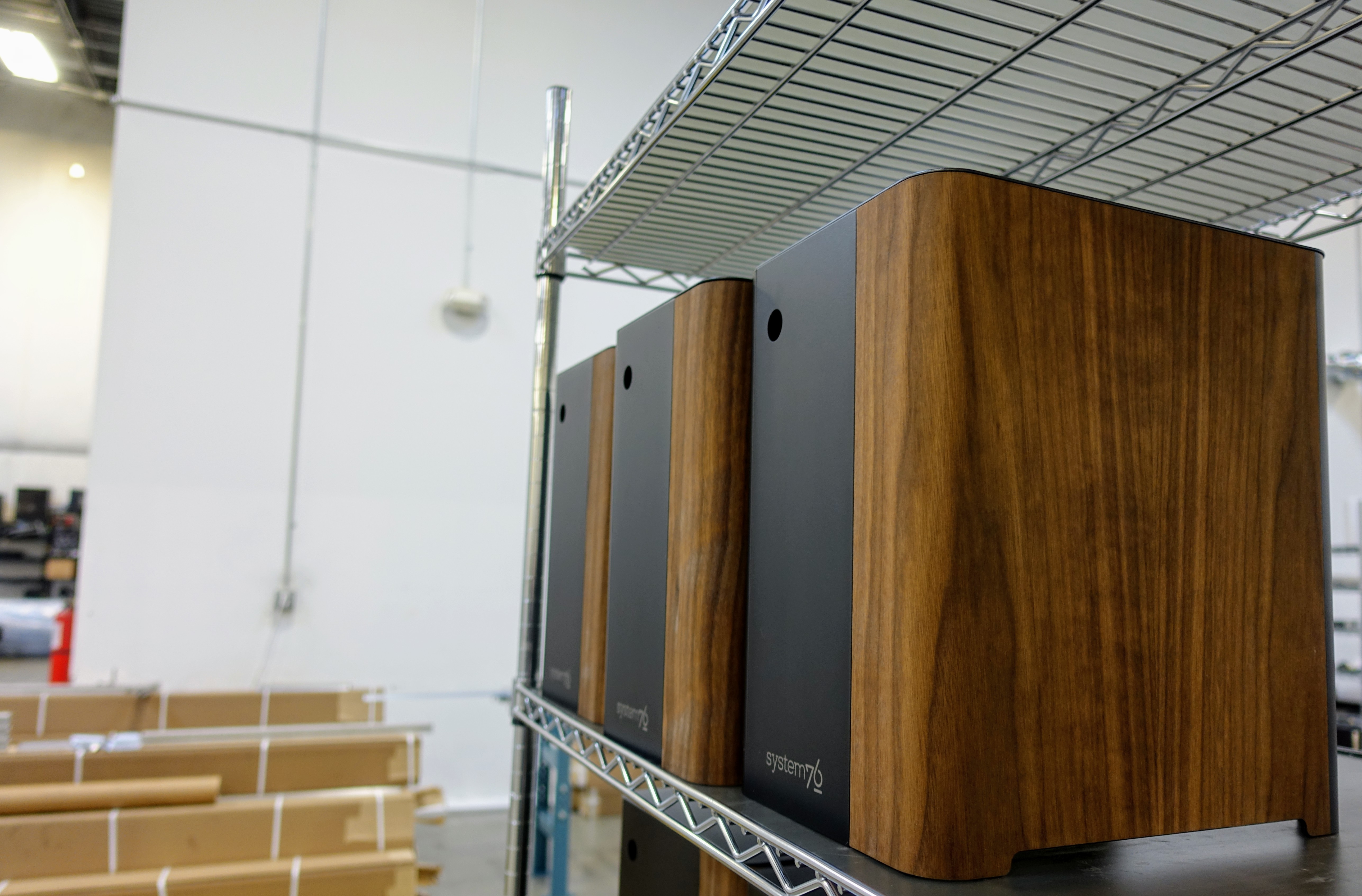 Play, and learn. They still have a long journey ahead of them, they'll need to find ways to get costs down, and volumes up. And eventually they're going to try and tackle building their own laptops in house too. But Carl and his team approach it with a humility and an eagerness in balanced check. Which appears to be a winning combination with hopes and backing of many in the Linux community.